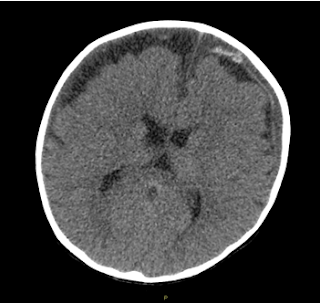 On the fourth day a cranial MRI was obtained showing on diffusion imaging a diffuse pattern of cytotoxic edema/diffusion restriction extending throughout the bilateral cerebral hemispheres, with some sparing of the anterior temporal and anterior/inferior frontal lobes. A diffuse pattern of white matter involvement, with transcortical extension was most conspicuous in the posterior temporal, occipital, and parietal lobes. There was notable focal involvement of the caudate nuclei, bilaterally. 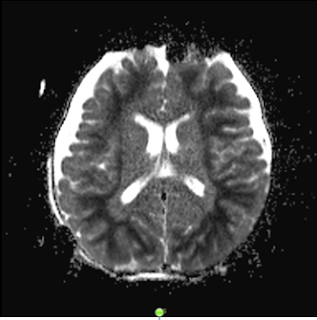 When the MRI was repeated after 5 days, the widespread diffusion changes were no longer present. 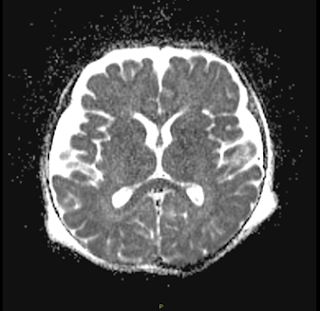 In their stead were bilateral diffusion and T2 changes involving the posterior limb of the internal capsule and the ventral cerebral penduncles. 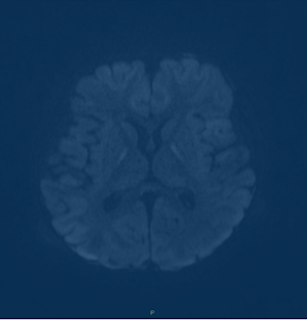 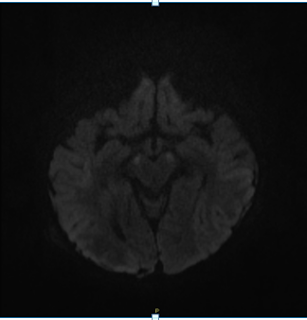 Posted by Galen Breningstall, MD at 11:37 AM