Zanziman Ellie is a Rwandan man who hikes several miles a day to escape bullies who torment him for his microcephaly condition. 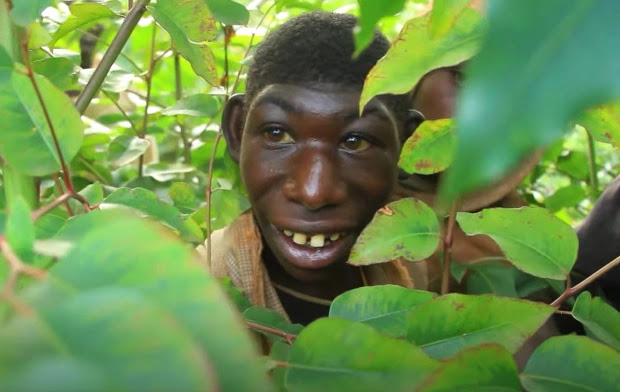 According to the Center for Disease Control, microcephaly is a condition that affects the size of an individual's head at birth.

Zanziman Ellie is a man with microcephaly who has been dubbed the "real-life Mowgli."

The doting mom of Zanziman, 21, considered him a "miracle" after losing her first five children in Rwanda.

In a poignant video, it's described how she and her husband were so upset about their children dying, that they knelt and pleaded with "God for a son," reports Zolex.

The couple even asked for an “abnormal child as long as he/she wouldn’t die".

Where does he live?

Zanziman lives with his family in Rwanda.

He is harassed about his facial features on a daily basis by insensitive villagers, reports Afrimax Rwanda.

He hikes 20 miles daily to escape cruel villagers bullying him for being "different."

While visiting Zanziman's mother, the station was told that he's always being mocked and criticized.

As a result, he has learned to be quick on his feet, or even to flee high into a tree, to escape villagers' constant bullying.

Incredibly, Zanziman - who has never been to school - spends his days hiking through the jungle for hours on end.

He sometimes covers up to 143 miles in a week and eats grass while in the jungle. 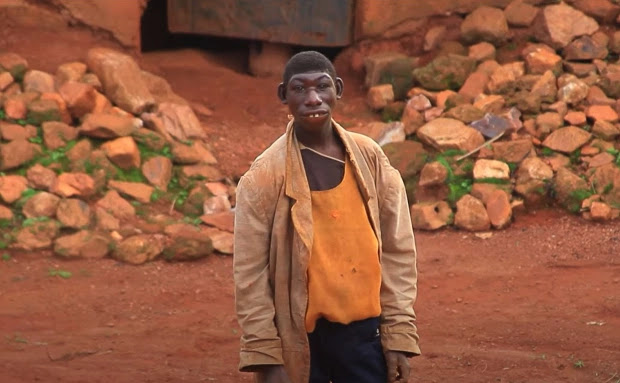 Zanziman has microcephaly, a condition where a baby's head is born much smaller than expected.

The one in several thousand condition can lead to babies having learning difficulties or physical disabilities as they grow up.

There is no test or treatment for microcephaly but it can sometimes be picked up during scans late on during pregnancy.

It is diagnosed by measuring the baby's head 24 hours after birth.

The condition affects a baby's brain development and intellectual ability.

His mum told Afrimax that her son can't speak, but he understands her instructions.

Ellie's mother has lovingly cared for her son all these years, but her circumstances have worsened and she now finds it hard to feed the family.

A GoFundMe fundraiser has been started by Afrimax to help her put food on their table.

Zanziman Ellie's heartbroken mother says cruel villagers bully her son for his behaviour, beating him and calling him a 'monkey' and 'ape' as he spends his days running through forests.

A mother is forced to chase her son through forests with a makeshift lasso as he forages on grasses and spends time among wild animals.

Zanziman Ellie, 21, can’t speak and refuses to eat the food prepared for him by his adoring mother, who believes her child is a blessing from God.

Instead he hunts for bananas and other fruits in the forest near his Rwanda village, as well as choosing to feast on grass.

His mother described him as a special child and a gift from God as she and her husband lost five children at birth.

Ellie, as he's known, was born with microcephaly, a condition where a baby's head is born smaller than expected, and it has has left him with learning difficulties. He does not go to school and is afraid of his fellow villagers.

The young man, who was filmed by Afrimax TV, has been dubbed ‘monkey’ by cruel bullies for his unusual way of life.