British cancer patient Ashya King is taking "huge strides forward" and is back at school, nearly three years after the bitter row over his treatment hit the headlines. 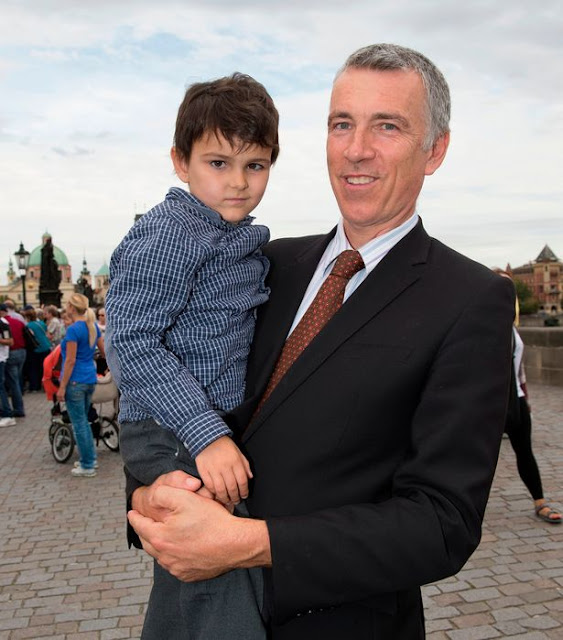 A manhunt was launched for the youngster in 2014 after his mum and dad removed him from hospital in the UK following a row with doctors over treatment for his brain tumour.

Parents Naghemeh and Brett King tried to take their son, then aged five, abroad for proton therapy treatment which NHS doctors said would not work, deeming the boy "too ill to go."

But nearly three years later, the youngster's brain tumour has gone, according to his dad, and he is now back at school with his friends, doctors have said.

Mr and Mrs King wanted Ashya to go to the Proton Therapy Centre in Czech Republic's capital city of Prague.

But doctors disagreed and refused the move, leaving the parents with no option but to take their boy and make the trip themselves.

An international manhunt was launched when the family fled in August 2014 from Southampton General Hospital and boarded a ferry bound for France.

They were tracked down a week later in Velez Malaga, Spain. Ashya's parents were arrested and their son was sent to a local hospital for urgent treatment.

They were held in prison for more than 24 hours, after which they were released when the request to extradite them to the United Kingdom was withdrawn.

On 5th September 2014, a high court ruled that King could receive proton therapy in Prague.
Now doctors say the youngster, now aged seven, has made a miraculous recovery and is back at school among his pals, while still rehabilitating.

NHS chiefs, in an incredible U-turn, have since confirmed they are looking to bring the treatment to the UK - where it has been unavailable up until now.

Doctors say the brave lad is back in school and carrying on in rehabilitation sessions where he is learning to talk again after the tumour affected his speech.

The manager of Prague's Proton Therapy Centre Iva Tatounova said: "We are in a regular contact with Ashya King's parents. According to the last news from them the boy is very well.

"In Spain, where he lives with his parents and other siblings, he goes to school every day, he continues in rehabilitation and goes to logopedist."

It has been just over a year since little Freya Bevan flew to the US for pioneering treatment to remove a tumour on her brain . 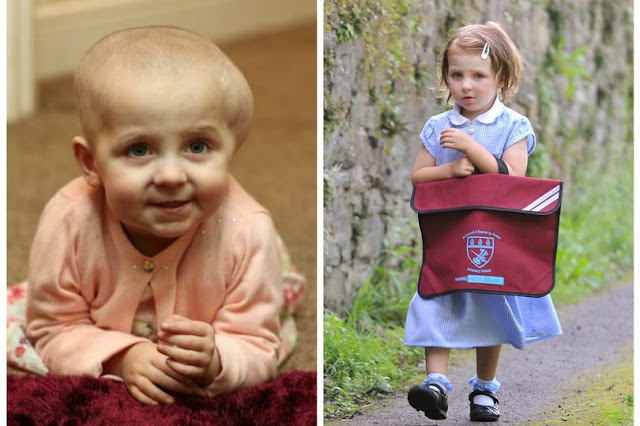 And now the bubbly four-year-old has started school full time.

Throughout the summer holidays her parents, John-Paul and Katherine, prepared her for her full days at Bryn Coch Church in Wales Primary School in Neath , talking about what she would do in class and getting her new uniform ready.

And after being refused pioneering treatment on the NHS her family raised an amazing £110,000 to travel to America for Proton Beam Therapy.

“She has a scan every three to four months and a check-up every six months.

“Her last scan was in July and there was no change so everything is good.

“It’s always a worrying time going for the scans and she’s aware now because she’s older.

“But everything was fine, which is great news.”