Individually, metabolic disorders are rare, but overall they account for a significant number of neonatal disorders affecting the central nervous system. The neonatal clinical manifestations of inborn errors of metabolism (IEMs) are characterized by nonspecific systemic symptoms that may mimic more common acute neonatal disorders like sepsis, severe heart insufficiency, or neonatal hypoxic-ischemic encephalopathy. Certain IEMs presenting in the neonatal period may also be complicated by sepsis and cardiomyopathy. Early diagnosis is mandatory to prevent death and permanent long-term neurological impairments. Although neuroimaging findings are rarely specific, they play a key role in suggesting the correct diagnosis, limiting the differential diagnosis, and may consequently allow early initiation of targeted metabolic and genetic laboratory investigations and treatment. Neuroimaging may be especially helpful to distinguish metabolic disorders from other more common causes of neonatal encephalopathy, as a newborn may present with an IEM prior to the availability of the newborn screening results. It is therefore important that neonatologists, pediatric neurologists, and pediatric neuroradiologists are familiar with the neuroimaging findings of metabolic disorders presenting in the neonatal time period. 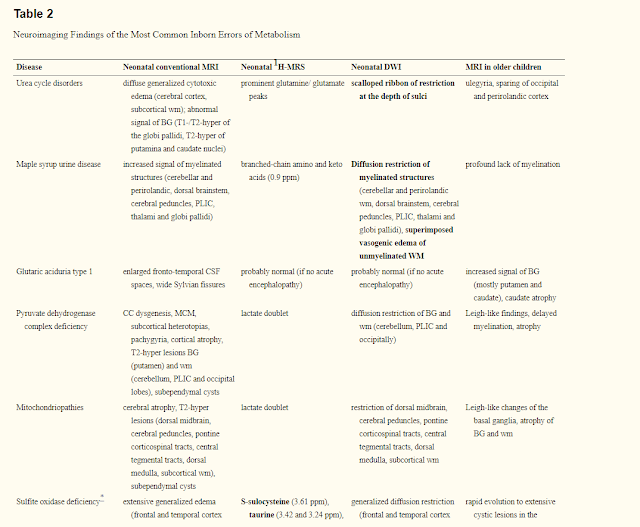 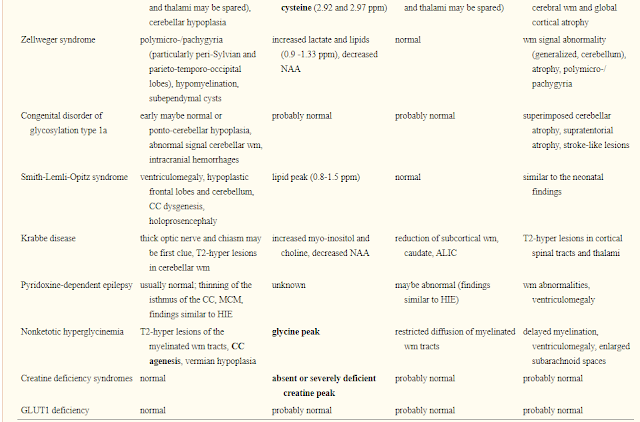 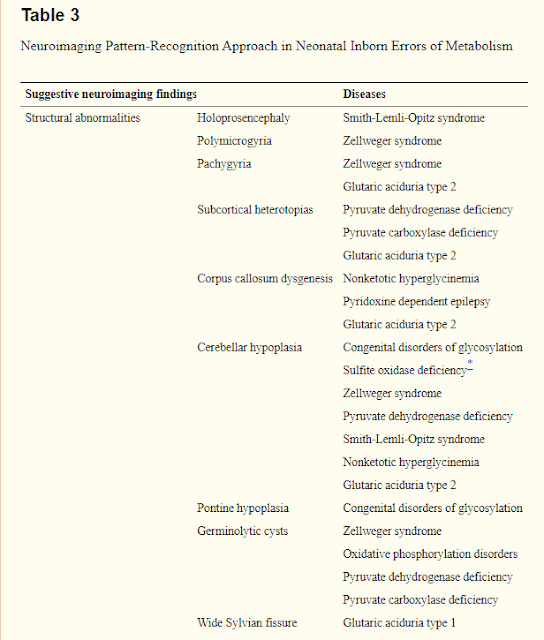 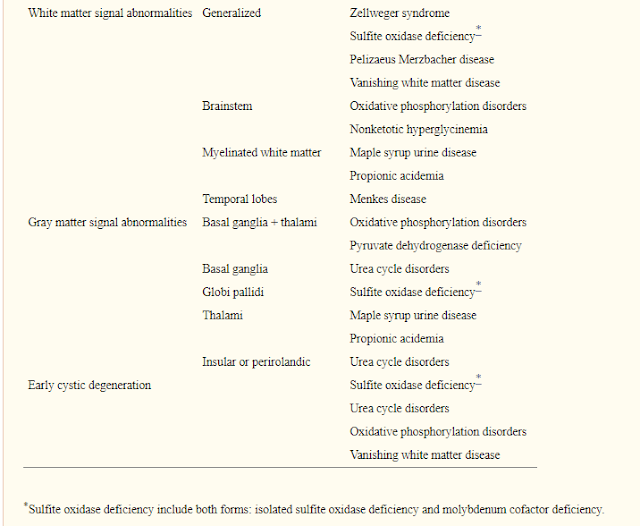