Two-year-old Alta Fixler has been hospitalized in England since she was born with brain damage. British health authorities petitioned the courts there for permission to switch off life-support equipment, claiming that it was in the child’s best interest.

Her devoutly religious parents have refused to let her die and asked that they be allowed to transport Alta to Israel, where officials have agreed to accept her for continued medical treatment. 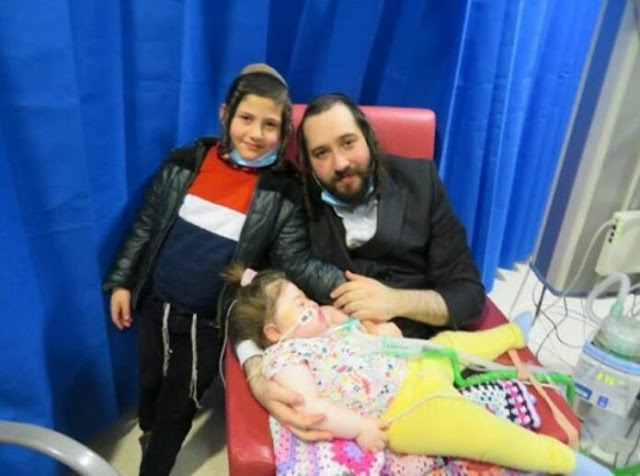 “Your Royal Highness, I am writing to you today on a matter of grave and urgent humanitarian importance,” Rivlin wrote. “As you may know, a recent High Court ruling in the case of two-year-old Alta Fixler of Manchester has given doctors permission to switch off the life-support treatment that is keeping her alive.”

“It is the fervent wish of her parents, who are devoutly religious Jews and Israeli citizens, that their daughter be brought to Israel. Their religious beliefs directly oppose ceasing medical treatment that could extend her life and have made arrangements for her safe transfer and continued treatment in Israel,” Rivlin said.

“I know that representations have been made to Her Majesty’s Government on this matter, but I feel that the unique circumstances warrant a personal intervention on my part to you. It would be a tragedy if these parents’ wishes could not be accommodated in a way that respects both the law and their religious beliefs,” Rivlin concluded.

Earlier this week Israeli Health Minister Yuli Edelstein also appealed to his British counterpart, Matt Hancock, to intervene and grant the parents’ request to leave England and take their daughter for treatment in Israel.

“Alta’s parents are Orthodox Jews and Israeli citizens, living their lives according to [Jewish law], and they are interested in transferring Alta to one of the two hospitals in Israel that have expressed a willingness to treat her. I would appreciate if you could help the Fixler family bring Alta for further treatment in Israel,” Edelstein said.

The family’s lawyer, Barrister Victoria Butler-Cole, told the website WhatsNew2Day that the parents don’t understand why the hospital wants their daughter to die instead of being allowed “to be treated in Israel by doctors who share their religious beliefs and ethical framework.”

“Hospitals in Israel are willing to accept Alta, the risks of transmission are very low and the costs of safely transporting Alta are covered,” Butler-Cole said, saying the parents are begging the court and the hospital to reconsider their decision.

Posted by Galen Breningstall, MD at 11:56 AM