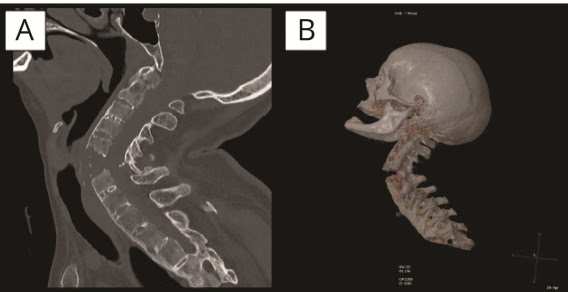 What happens when two different groups from two different medical specialties see a patient, and then write up separate case reports?

Ask teams of doctors in the neurology and rheumatology departments of the Faculdade de Medicina, Universidade de São Paulo in Brazil. They both published case reports about a patient was injured after undergoing chiropractic spinal cord manipulation. And now both journals have editor’s notes acknowledging dual publication.

The patient’s case appeared in Neurology as “Spinal Cord Injury, Vertebral Artery Dissection, and Cerebellar Strokes After Chiropractic Manipulation” and as “Breaking the diagnosis: ankylosing spondylitis evidenced by cervical fracture following spine manipulation” in the journal Internal and Emergency Medicine. The two publications included the same figure and reported many of the same details about the patient with undiagnosed ankylosing spondylitis who experienced spinal cord injury and cerebellar strokes after experiencing  spinal cord manipulation.

The editors of both journals published notes flagging the cases, an expression of concern in Internal and Emergency Medicine and a “notice of dual publication” in Neurology.

The notices are nearly identical, and state, in part:

The authors of both articles were contacted and asked for an explanation for the dual publication. Both teams of authors explained that they cared for the patient during the hospital admission and that they were unaware of the submission by the other team.

Although the patient was the same, as was much of the discussion, the two papers are not, the journal editors explained:

The focus of the articles is different: one focuses on bone injury and emergency care, and the other on the neurological aspects of the case. Both author groups apologize for the duplicate submissions and agree with this statement.

The duplicate publication came to light after two chiropractors wrote to Neurology noting the similarities between the two cases, and expressing concerns that the patient in question did not receive care from a properly trained chiropractor.

We believe we detailed all the information in this situation of dual publication by two author groups in which each group was unaware that the other group was also writing a report about the same patient. We had encountered a similar situation in our journal in 2013, at which time we posted a similar notification.

Marina Barguil Macêdo, who was the corresponding author of the article in Internal and Emergency Medicine and is now at the University of Washington, shared the statement that she and her colleagues drafted in response to the inquiry about possible duplicate publication:

We, from the Rheumatology division, were completely unaware that the Neurology division submitted a manuscript about the same case to a different journal. Our Hospital is the largest public teaching hospital of Latin America, so one patient is commonly seem by different teams, that, despite working together on case management, hold their scientific discussions separately. We truly lament this dual publication, but we cannot overemphasize it was by no means intentional.