CLN7-NCL treated with an antisense oligonucleotide

A custom-crafted antisense oligonucleotide therapy (ASO) has brought hope, and perhaps effective treatment, to a young girl with a rare form of Batten disease—so rare, in fact, that she is likely the only person in the world whose disease is caused by this particular mutation. Her treatment is also unique to her. And as the ultimate example of “personalized medicine,” it illustrates the potential of the genomic revolution in medicine, even as it raises questions about how such uniquely crafted therapies can be offered to other patients with other diseases.

“This drug is only applicable to our patient, not to others with Batten disease,” said lead researcher Timothy W. Yu, MD, PhD, assistant professor in pediatrics at Harvard Medical School and attending physician in the division of genetics and genomics at Boston Children's Hospital. “But we do think it has potentially broad implications.”...

The patient, a young girl, developed normally until 2016, when, at the age of 4, she began to exhibit vision loss and gait impairment. By age 6, her gait had worsened, her speech became slurred, her behavior regressed, and her vision declined significantly. She was admitted to the hospital, where tests showed retinal degeneration, cerebellar atrophy, and subclinical seizures. Clinical genetic testing led to a diagnosis of Batten disease, or neuronal ceroid lipofuscinosis, specifically CLN7-NCL, so rare that only about 70 patients have been described in the literature.

“This is a terrible, terrible, diagnosis,” Dr. Yu said, with invariable and rapid progression, leading to death at about 11 years of age. “But in this case, there was a wrinkle, because she only had half a diagnosis.”

The genetic testing had turned up only one mutation in the CLN7 gene, but all other known cases were autosomal recessive, with two mutations. “So where was the second mutation?”

The family's geneticist told them they would need whole genome sequencing to understand the full genetic picture. In late 2016, there were relatively few labs in the country that could perform such sequencing with very rapid turnaround, but a friend of the girl's family used social media to plead for help. “That's where my lab came in,” Dr. Yu said, who became aware of the case when his wife shared the social media post with him.

Members of his lab began sequencing, and by early 2017, they had their answer: “Instead of finding a point mutation in the CLN7 gene, we found a retrotransposon,” Dr. Yu said. Commonly known as “jumping genes,” retrotransposons, which litter the genome, are mostly inactive, but occasionally become transcribed into RNA, converted back into DNA, and then randomly inserted back into the genome. “And if you are unlucky enough, it can land in a critical neurogenetic disease gene, where it can disrupt that gene and cause a disease. We discovered this is exactly what had happened in our patient,” Dr. Yu said.

The retrotransposon had been inserted into the CLN7 gene deep within an intron between exons 6 and 7—clinical testing did not detect the mutation because the tests only look for exonic or near-exonic variants. The insertion had created a new splice site, which in turn created a new exon, but one that carried a stop codon, preventing protein production.

“So then we asked the question, could we fix this using an antisense oligonucleotide to block the abnormal splicing?” Dr. Yu said. He was “only emboldened to even think about this approach” because in December 2016, the ASO nusinersen (Spinraza), which alters splicing, was approved for spinal muscular atrophy, an autosomal recessive neurodegenerative disease.

“We decided to try to design an ‘N-of-one’ customized therapy,” he said. [An “N-of-one is a study in which a single patient is the entire clinical trial.] To do so, they combined a gene-specific screen in patient fibroblasts, bioinformatics to predict the exact splice site regulatory elements, design and synthesis of candidate ASOs, and cellular assays to determine if the ASO improved cellular function. After discussions with the family, they approached the US Food and Drug Administration (FDA) in August of 2017 to discuss their plans to move ahead if the preclinical results were promising.

By October 2017, they had shown that one candidate ASO partially corrected expression of the normal transcript, and cell assays indicated it reduced storage material, shrank lysosomal mass, and corrected lysosomal enzyme trafficking. “By every measure we looked at, our oligonucleotide was improving lysosomal function,” Dr. Yu said. He named the ASO “milasen,” in honor of his patient, Mila (her parents gave permission for her name and details of the story to become public).

At the same time, though, Mila was declining, with many prolonged seizures every day—“Time is running out,” her family said during that summer. Dr. Yu's team began to create a plan to accelerate the rest of the drug development process, including manufacturing, formulation, and animal toxicity tests, and to design the elements of their N-of-one trial.

Through cooperation and tight coordination among the lab, contract research and manufacturing organizations, and the FDA, all of that was completed within four months. On January 31, 2018, Mila received her first dose of the ASO, delivered intrathecally. Administration at escalating doses continued every two weeks for 14 weeks, followed by maintenance dosing about every three months.
“We are now a little over one year into our trial,” Dr. Yu said. “The treatment is well tolerated, and there are no adverse effects attributable to the drug.” As for outcomes, he stressed, “this is a single patient,” with no control group, “but the family has reported substantial stabilization compared with the steep decline she was exhibiting before treatment.” 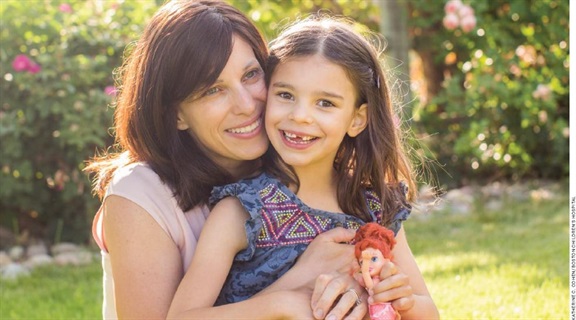 Supporting that observation are results from seizure diaries. “At the beginning, there were up to 30 seizures per day, with almost all of them lasting more than one minute. What we saw over the course of the dose escalation is the frequency went down, and the intensity lessened, so that almost none of them were over one minute.” That improvement has been maintained, Dr. Yu said, over the first year. “We think of this as a very promising early sign.”...
But in order to proceed with treatment, Dr. Bennett [Frank Bennett, PhD, senior vice president of research and franchise leader for neurological programs at Ionis Pharmaceuticals, which discovered and developed nusinersen] stressed, “you need to demonstrate that the ASO leads to a recovery of function,” or a slowing of decline, which, as in Dr. Yu's case, required significant lab resources in addition to the genomic and bioinformatic investments. It is likely impossible to calculate the full cost of the development of milasen, since much of the work was donated and done by volunteers, but a similar effort done at market rates might approach one million dollars, he said.

“I don't see a way we can do this commercially with a viable business model, but I do see ways, either through charities, or foundations, or the NIH, that we can broaden the applicability of this to treat more patients,” Dr. Bennett said. “Tim has opened a brave new frontier for us.”