Nurses in starched white uniforms and doctors in medical coats tended to babies in glass and steel incubators. The infants had been born many weeks premature and well below a healthy birth weight. Stores didn’t make clothes small enough to fit their tiny, skeletal frames so the nurses dressed them in dolls’ clothes and knitted bonnets.

A sign above the entrance read “Living Babies in Incubators” in letters so large they could be read from the other end of the Chicago World’s Fair grounds, which took place over 18 months in 1933 and 1934. The infant incubator exhibit was built at a cost of $75,000 (worth $1.4 million today) and was painted in a patriotic red, white and blue.

The men in charge were leading Chicago pediatrician Dr. Julius Hess and Martin Couney, who was known across America as “the incubator doctor.” Couney was a lugubrious man in his 60s, with thinning gray hair, a mustache and a stoop, something he jokingly attributed to a lifetime of bending over babies. Couney and Hess employed a team of six nurses and two wet nurses.

Martin Couney had run infant incubator exhibits, in which premature babies were displayed to the public, for more than three decades, most famously at Coney Island in New York City. He had long been regarded by desperate parents as a savior, one who offered medical help to babies written off as “weaklings” by mainstream medicine. 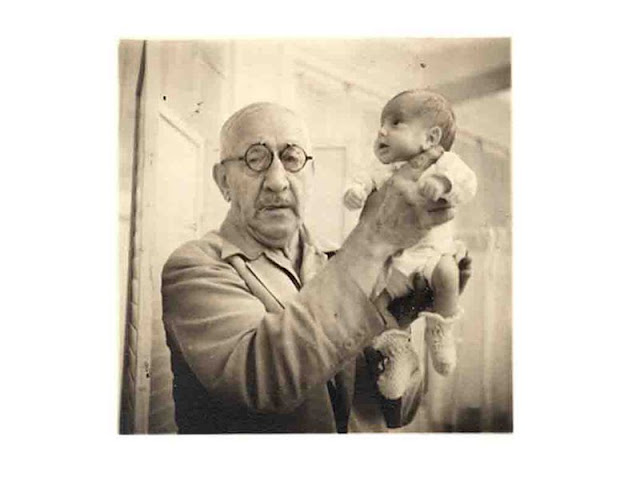 But for Hess, who was accustomed to carrying out his work in a more conventional hospital setting, this was a career first.

To celebrate the success of their facility, Couney organized a “Homecoming” celebration on July 25, 1934, for babies who had “graduated” from the incubators at the Chicago’s World’s Fair the previous summer. Of the 58 babies Couney and Hess had cared for in 1933, 41 returned with their mothers for the reunion. The event was broadcast live on local radio and across the fairgrounds.

On the radio program, Couney’s exhibit was portrayed by the announcer not as a frivolous sideshow spectacle, but as an invaluable medical facility:

The Incubator station for premature babies…is not primarily a place of exhibiting tiny infants. Instead, it is actually a lifesaving station, where prematurely born babies are brought from leading hospitals all over the city, for the care and attention that are afforded. The place is spick and span, with doctors and graduate nurses in constant attendance...

Because of the sideshow setting in which he operated, Couney’s career had always been controversial. Many in the medical professional viewed the “incubator doctor” with suspicion, others with outright hostility. The New York Society for the Prevention of Cruelty to Children had repeatedly accused Couney of exploiting the babies and endangering their lives by putting them on show. .


None of the complaints was sustained, and by the 1930s, Couney was finally being taken seriously as a medical pioneer. Couney’s professional collaboration with Hess marked a key stage in his habilitation.

But while doing research for my radio documentary Life Under Glass, which is being broadcast on NPR stations around the country this August, and my book, Miracle at Coney Island, I made an incredible discovery about a man who has a claim to have changed the course of American neonatal medicine.

Throughout his career, Couney said he had studied medicine in Leipzig and Berlin. However, I could find no evidence of Couney (or Cohn/Cohen as he was known then) having studied medicine at a university in either city. To become a physician in Germany, one was required to write a thesis. The U.S. National Library of Medicine has copies of the German records: the librarians could not locate a thesis written by Couney.

Couney was deliberately evasive about his date and place of birth. I have discovered that he immigrated to the US in 1888 at 19 years old. But someone of that age would not be old enough to have studied at university in Leipzig and Berlin before going on to do graduate work in Paris at the knee of Pierre Budin, the father of European neonatal medicine, as Couney claimed to have done in numerous press interviews.

In the 1910 U.S. census, Couney listed his career as, “surgical instruments.” Though Couney claimed to be the inventor of an incubator, I have been unable to find any evidence that he registered an incubator patent in the U.S. More likely Couney was a technician. Yet by 1930 he was describing himself in the census as a “physician.”

Over time, the success of Couney’s facility began to attract the attention of some of America’s leading pediatricians. Right up until the late 1930s, few American hospitals had incubators, so doctors sent premature babies to him.

Couney took in babies from all backgrounds, regardless of race or social class, a remarkably progressive policy, especially when he started out. He did not take a penny from the parents of the babies. In 1903 it cost around $15 (equivalent to around $405 today) a day to care for each baby; Couney covered all the costs through the entrance fees.

Presumably unaware that Couney was not a qualified doctor, pediatricians began coming to the fairgrounds to collaborate with Couney and study the babies in his care.

Interestingly, when Gesell wrote his book, The Embryology of Behaviour: The Beginnings of the Human Mind, he avoided any mention of Couney or the sideshow setting where he had carried out much of his research. By contrast, when in 1922, Hess wrote the first textbook on premature birth published in the U.S., Premature and Congenitally Diseased Infants, he wrote, “I desire to acknowledge my indebtedness to Dr Martin Couney.”

Of all Couney’s professional associations, his friendship with Morris Fishbein, the controversial president of the American Medical Association (AMA), is the most intriguing.

Fishbein was head of the AMA for 25 years and led the Association’s crusade against “quack” doctors. The two men were so close, Fishbein sent his aspiring medic son, Justin, to discuss his career with Couney in New York.

If he had been found out, Couney could have faced a large fine and a lengthy prison sentence.

Over the course of his nearly 50-year career, Couney took in around 8,000 babies, of whom he claimed to have saved around 6,500. While there is no way of verifying the numbers, pediatricians today acknowledge that the team of doctors and nurses which Couney assembled was highly skilled, ensuring the babies got the best care available in America at that time.

For this reason, Dr. Lawrence Gartner, pediatrician and professor emeritus at the University of Chicago believes Couney was an important figure in American medical history.

“I wouldn’t dismiss Martin Couney at all,” says Gartner. “Martin Couney was well-respected by the medical community at that time. His operation was highly respected and well-known to physicians.”

To his former graduates, Couney is a hero to whom they owe their lives. They talk of him as the only man who believed they were worth saving, and, crucially, who was prepared to care for them without charge.

Kathy Meyer was born eight weeks premature in 1939. She was taken to Cornell University’s New York Hospital, which had just opened a training and research center for premature infants, the first facility of its kind on the Eastern Seaboard. When Meyer’s parents were told she’d need to stay in the hospital for several months and realized they couldn’t afford to pay the bills, her pediatrician suggested they send her to Martin Couney at the New York World’s Fair.

Couney sent his incubator ambulance straight to the hospital to collect her.

“I was a sickly baby,” said Meyer. “If it wasn’t for Couney, I wouldn’t be here today. And neither would my four children and five grandchildren. We have so much to thank him for.”

Courtesy of a colleague
Posted by Galen Breningstall, MD at 8:23 PM