No boy should have a last stretch of days. But Bertrand Might lived his as well as any boy could: There was a “Star Trek” marathon with his brother and sister, sunrises on the lakeshore, and visits with family in parks, beaches, and backyards — anywhere they could safely gather during the pandemic. 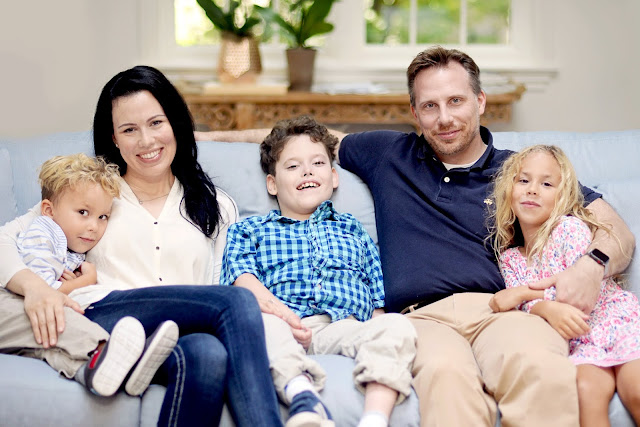 His father, Matt Might, said it ended up being an unplanned farewell for 12-year-old Bertrand, whose health had always been precarious. He was the first person in the world diagnosed with a particular neurodegenerative condition that causes developmental delays, seizure-like activity in the brain, and frequent infections.

One of those infections, unrelated to Covid-19, led to his death on Oct. 23 after he spiraled into septic shock. But if his passing came too soon, it did not come before his life led to crucial discoveries for dozens of children with his condition.

“What he did with NGLY1 alone was pretty powerful,” said Matt Might, referring to the gene involved in his son’s disease. After years of research, it was the discovery of a double mutation in Bertrand’s NGLY1 gene, and the constellation of symptoms linked to it, that explained the cause of the illness and built a worldwide community around it.

Bertrand also inspired a quest by his father, an artificial intelligence expert and computer programmer, to employ precision medicine on a wider scale, using genetic data to help tailor treatments to patients with rare and hard-to-treat diseases like his son’s.

“PMI was founded on this algorithm that Bertrand taught me,” Might said. “How do you try to therapeutically modulate a specific genetic target? There is a central game plan we use every time somebody comes in.”

Might and his team examine what gene is involved in a person’s condition and whether it is under-reactive, over-reactive, toxic, or missing altogether. The answers to those questions form the basis for a scientific process that often gives patients hope when conventional medicine has failed to provide an accurate diagnosis or effective treatments. A permanent endowment has been established at UAB in Bertrand’s name to fund advanced diagnostics and research to identify novel therapies for patients with no other options.

In Bertrand’s case, the double mutation in NGLY1 left him without an enzyme that facilitates the recycling of cellular waste. It severely limited his mobility, requiring him to use a wheelchair, and also impaired his liver function and ability to communicate.

Still, Bertrand drove the science of his condition while enduring countless hospitalizations, often due to infections that made it difficult to breathe.

Throughout his life, he developed a love for dolphins and an aquarium his parents set up in his bedroom. He spent hours learning words and reading with his father and mother, Cristina, and he bonded with his younger brother and sister over movies and video games.

“I’m proud of Bertrand in multiple ways,” Might said. “I would often tell people to imagine a being created without the ability to even feel malice. He was just a pure being, and I loved that about him.”
In recent years, the science that led to his diagnosis has also begun to unravel the biology of NGLY1 deficiency and its impact on patients. A project sponsored by the National Institutes of Health is underway to screen hundreds of thousands of molecules for therapeutic potential against the illness, while Might has used computational methods to identify treatments that showed efficacy in animal subjects.

On Bertrand’s last day in the hospital, as his condition continued to deteriorate, his father read him an email from the father of another patient with his illness. It said that the Food and Drug Administration seemed pleased with pre-clinical studies of a gene therapy for NGLY1 and outlined a series of steps toward a clinical trial.

“It was so meaningful to know the community that Bertrand formed has spawned efforts well beyond my own,” Might said. “And in the end, he died in a world where the hope of a cure existed.”

Might and his wife, Cristina, celebrated the birth of their first child on Dec. 9, 2007. They named him Bertrand, in honor of British mathematician Bertrand Russell. But celebration soon turned to concern, as it quickly became apparent that something was wrong with the infant...

“It turns out he was the first human ever diagnosed with missing this gene and to have it linked to a disease,” Might says. “Our son was literally patient zero. Then the question became, what do we do with that information? We now know the exact molecular cause of this disease. Can we treat it?”
The Mights then needed to better understand the constellation of disorders caused by the genetic mutation and pathways to potential therapies. To achieve that, they needed to attract the attention of researchers, pharmaceutical companies, and the FDA. To achieve that, they needed to find more people with this ultra-rare disease.

Years earlier, Might had created a viral phenomenon with an online blog post called “The Illustrated Guide to a Ph.D.,” which was eventually translated into dozens of languages. He took lessons he had learned about viral marketing, search engine optimization, and leveraging social media and applied them to his search for more people like Bertrand.

In May 2012, he posted an essay to his personal website titled “Hunting Down My Son’s Killer.” The post was shared on social media and Reddit within hours. The next day, Might was contacted by the editor of Gizmodo, an influential tech blog, who asked for permission to republish it. Within 24 hours, the post had gone viral.

The exposure worked. Over the next few months, Might was contacted by other families struggling with the NGLY1 deficiency and researchers volunteering to help. Further tests revealed that without a functioning NGLY1 gene, Bertrand was deficient in a sugar called N-acetylglucosamine, which is a derivative of glucose. Far from being a rare resource, N-acetylglucosamine can be purchased on Amazon. Might ordered some and, after taking it himself with no ill effects, he began giving it to his son.

A mere three days later, Might walked into his son’s room and witnessed an incredible sight: Bertrand was crying. Not yelling—crying, with actual tears rolling down his cheeks.

“It was amazing to walk in at that moment and see him crying,” Might says. “They may have just been tears, but they were an ocean of science for the disease. They unlocked so much about this disorder.”

Posted by Galen Breningstall, MD at 10:19 AM