In March, movie producer Gordon Gray and his wife Kristen learned that both of their daughters suffer from an incredibly rare degenerative brain disorder for which there is no cure.
The producer — known for inspirational sports movies like The Rookie and Invincible — is now in a race against time to raise the $10 12 million needed to fund medical research he hopes will find a cure before the disease claims his daughters' vision, mobility and then lives.
The couple, who live in Los Angeles, quickly founded the Charlotte and Gwenyth Gray Foundation and launched a social media fundraising campaign…
In September 2013, the Grays' older daughter, Charlotte, now four and a half, began having trouble speaking.
Over time, the parents watched their little girl's ability to communicate degrade "from 8-word sentences to 5-word sentences to mixing up words," says Kristen.
After Charlotte began speech therapy, her parents still felt that something wasn't right.
Over Christmas that year, the three-year-old began having muscle tremors and was taken to a pediatric neurologist.
A year of misdiagnoses — from autism to epilepsy — followed until a relatively new DNA sequencing technology called whole exome sequencing finally solved the medical mystery for them in March…
But it was still devastating to hear the diagnosis: a form of  Batten disease called Late Infantile- NCL Batten Disease CLN6…
After learning that inherited genetic disorders often affect siblings, the Grays had their then 20-month old daughter Gwenyth tested and found out she suffered from the same exact genetic mutation...
Since launching the foundation — and their social media blitz the last few days — the Grays have heard from other families affected by the disease, many of whom have already lost children. 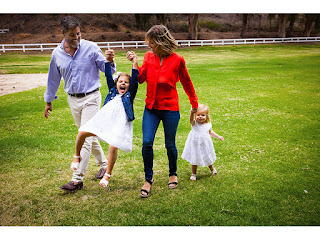 "I've had 10 to 15 families with kids who have degenerative brain disorders that are similar who have expressed hope in all that's been happening in the past couple of days," says Kristen.
The couple is optimistic they'll be able to reach their goal and cure the disease — because failing is not an option.
"Our plans are to cure our daughters," says Gordon. "We have to be optimistic that we're gonna reach the goal and ultimately save our girls and put an end to this disease."
Once they do, they plan to continue the foundation's work to raise money for other rare diseases.
In the meantime, even as Charlotte's condition worsens, she continues to inspire her parents with her caring spirit and love of life.
"She loves to play and she loves to be playful and just always has a smile on her face," says Kristen. "That is something that has held strong through all of this and I think kept Gordon and I strong."
See:  http://www.people.com/people/mobile/article/0,,20929822,00.html
Courtesy of a friend.

Posted by Galen Breningstall, MD at 8:43 AM