Abstract
Smith-Lemli-Opitz syndrome (SLOS) is a metabolic disorder caused by an inborn error of cholesterol synthesis that affects the development of many organ systems. Malformations in the central nervous system typically involve midline structures and reflect abnormal growth and differentiation of neurons and supporting cells. Despite these defects in central nervous system development, brain tumor formation has only rarely been reported in association with SLOS. We present three individuals with SLOS and lesions in the basal ganglia or brainstem detected by MRI that were concerning for tumor formation. However, the individuals' clinical and neurological course remained stable, and the lesions regressed after several years. These lesions have similarities to spongiotic changes observed in individuals with neurofibromatosis type 1 (NF1). Notably, impaired activity of small GTPases is present in both SLOS and NF1, perhaps giving mechanistic insight into the formation of these lesions. 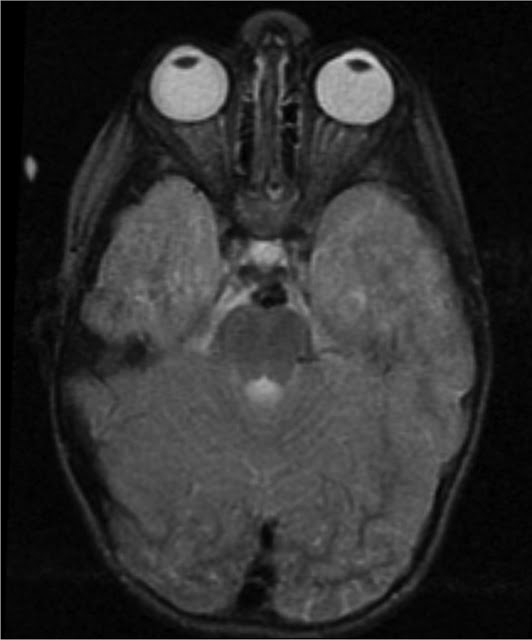 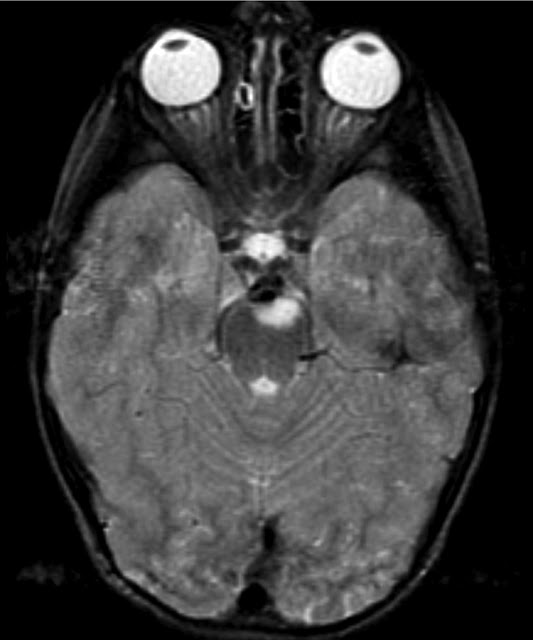 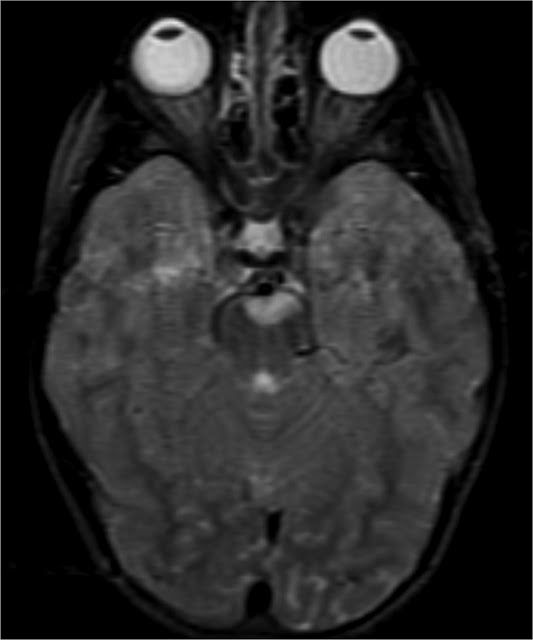 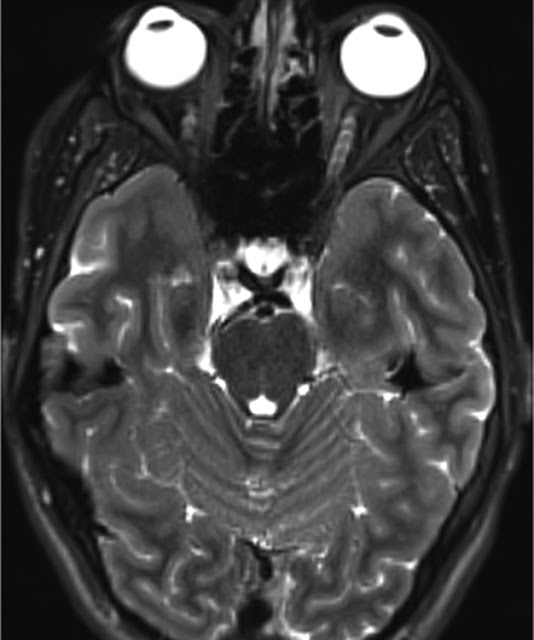