The Edery children, after a 7 month court battle, were returned to their parents' home on January 26, 2022.  https://collive.com/siblings-return-home-after-7-month-court-battle/  Courtesy of my daughter.

Can you help Mickey?

He's eight months old and needs his Mommy and Tatty.

They need the security of your loving smile.

The gentle squeeze of your embrace.

They need you to ensure they are sheltered and safe.

Now journey with a young mom, as she rushes into the ER with Mickey, her precious infant.

He's been crying all day and suddenly went limp.

Your mind is racing with thoughts of the worst.

Your heart is praying for the best.

Mickey goes in for testing.

He has multiple fractured ribs (a misdiagnosis) and bleeding in his brain.

You don't have time to cry because they're transferring him to another hospital.

Through the fog of rushing to the hospital, dealing with doctors, transfers, paperwork and confusion, you suddenly hear three letters that fill your heart with dread.

Suddenly, they are demanding that his siblings, be brought in for an evaluation. And then they’ll be allowed to go home.

They are scared and screaming.

Of course, their tests come back fine.

You start to relax, breathing out for the first time in hours.

You look forward to helping them get home to rest from a crazy night.

CPS barges into the room.

They give you 15 minutes to find placement for your family.

And after you do, they hand you papers and ask you to leave the hospital.

Security guards and policemen surround you and escort you out like a criminal.

A day later you hear from the hospital.

The Doctor for the hospital is on the phone.

Mickey’s bones aren't broken and his condition is stable.

The resident made a mistake!

But the children are already in non-Jewish homes.

He calls you in shock. This bleeding doesn't look like abuse.

And discovers that Mickey was born with External Hydrocephalus. A benign condition that can sometimes bleed spontaneously.

He is adamant that there are absolutely no signs of abuse.

"No one is at fault, except for CPS who is abusing this family."

But still, the children are in foster care...

They are getting sick and not being taken to the doctor.

The court hearings are being pushed off.

Visitation is often delayed or canceled.

The toddler isn't allowed to go to daycamp. Or school.

You are at your wit's end.

What wouldn't you give to hug your children?

And tell them it's ok, they can come home?

And finally, rock them to sleep at night.

Is there anything you wouldn't do?

There is a team of askanim and lawyers working around the clock. 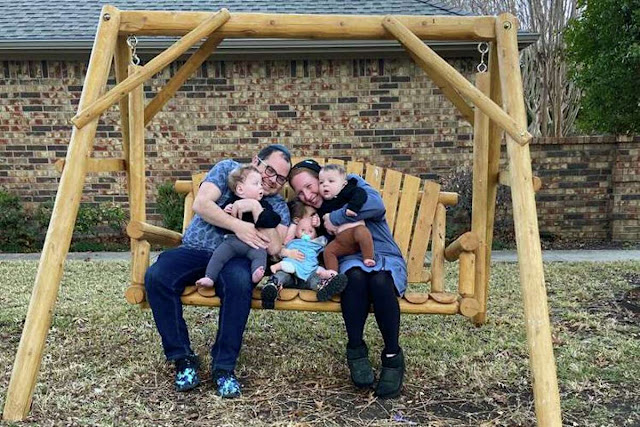 The doctor walked into the room and took a seat on the lid of a red trash can. Your baby has bleeding in his brain, he told Gabe and Zahava Edery, and there are broken bones, too.

It was July 3, 2021, and the Ederys, both 32, had taken their three-month old son Mickey to the hospital that evening after he grew unresponsive following a family trip to synagogue. It was the Sabbath, a family day, and the couple and their three children had spent it together. The baby had rarely left Zahava’s arms.

But the combination of the initial diagnoses — the brain bleed, plus fractured ribs, plus a retinal hemorrhage — made the doctors think the child was a victim of “shaken baby syndrome,” which kills between 1,000 and 3,000 children each year. Child Protective Services got involved, and a social worker directed Gabe to bring their family’s other two children in.

A pediatric abuse specialist went on to classify Mickey’s injuries as potentially stemming from abuse, and all three children were taken from the Edery’s and placed in the foster care system.

Within days, the hospital walked-back the diagnosis of broken bones, saying the only injury was the brain bleed. This weakened the case for abuse, but that didn’t change the state’s response. A cloud of suspicion hung over the Ederys — fueled by questions Zahava asked at the hospital in a moment of panic, among them: “Did we do this?”

Proving that they did not cause Mickey’s injury to the satisfaction of Child Protective Services and an appointed guardian ad litem took seven months. Their twin boys have now spent more of their lives outside their parents’ home than in it. The family took their case to social media, raising about $272,000 from more than 3,000 donors around the country. But the costs were higher — more than $300,000 for lawyers, doctors, psychologists and other expenses.

The Ederys hired four pediatric neurology experts to examine the medical evidence. The doctors concluded that Mickey, a twin born prematurely, had slight head trauma from delivery that caused a fluid buildup inside his skull that ultimately caused the brain bleed.

A new state law that went into effect in September — two months after Mickey’s injury — was too late to help the Ederys, but it promises new resources to Texas parents who find themselves in a similar predicament in the future.

Under the law, the Ederys would have had the right to demand a second, independent medical opinion outside of the initial abuse finding from the doctor, which could have kept them out of the system entirely, avoiding the months of heartache, uncertainty and expense that started with their children being taken from them.

New law is ‘right direction’ for a slow process.

The law change was prompted by a 2019 investigation by the Houston Chronicle and NBC News of 40 cases in which the conclusions of state child abuse specialists were questioned.

Giving parents and their lawyers the right to request a second opinion is a significant step forward, parent advocates say, but it doesn’t solve all the problems that come from a misdiagnosis.

“The challenge is once the system is involved, it’s pretty much nine months to get back even if you're wrong. I don’t know if I can ever remember a case where somebody recognized after a week they’re wrong,” said state Rep. James Frank, a Wichita Falls Republican who chairs the Human Services Committee that vetted the legislation.

Yet even critics acknowledge that the abuse specialists’ conclusions are likely correct most of the time, particularly when children have suffered extensive unexplained injuries. And in some cases, they help rule out abuse when CPS might otherwise have been suspicious.

Medical groups lobbied hard against the bill in 2019 when it was initially pushed, and failed to pass. It’s their position that doctors who specialize in identifying child abuse based on the child’s medical records are most suited to doing so. CPS is also quick to note that abuse doctors can be helpful to ruling out abuse in cases where children could have been removed in years past.

Still, Frank said if they see certain symptoms, like a brain bleed: “They’re a hammer and everything looks like a nail.”

“It’s the mindset that, ‘isn’t it worth it just to save one child?’ and if there's any chance this child is abused, we should remove him. Not recognizing that the very act of removal is a tremendously traumatic experience for a child,” Frank said.

“CPS is not a broken system. The system works a lot of the time in some of the worst situations humans can have. As with most legislation, it moves in the right direction. But as long as you have humans in this situation, you’re always going to have problems.”

Once the Ederys were sucked into the cautious bureaucracy, it took herculean efforts for them to get their children back.

They retained a lawyer, Lynne Corsi, who founded and ran the child abuse division within the Dallas County DA’s office and has more than 30 years experience working with child abuse.

A continuous source of the delay was the independent attorney assigned by the court system to protect Mickey, Regina Clark.

She did not respond to repeated attempts from Hearst Newspapers to reach her, but court records and email correspondence show that Clark repeatedly called for delays of weeks or even months at a time — even after the Edery family completed court-ordered parenting classes and psychological evaluations.

For months, Clark delayed efforts to take the kids out of foster care and place them with a family friend of the Ederys. Then she delayed a subsequent effort to get the kids back to their parents. The ad litem refused repeatedly to explain the reason for the delays, other than to say she was concerned that returning the children was “premature,” the correspondence shows.

“From a bureaucracy standpoint, all these people are masters at saying nothing but delaying your case. Giving no substance why anything that’s happening is happening, but the end result is what they want: which is the case moves at the timeline they want, at the steps they want,” Gabe Edery said.

Gabe Edery said it could have taken until July to get the kids home.

But the Dallas District Attorney’s office, which represented the state, stepped in to help expedite the children’s return, batting down Clark’s efforts to push it back into March. “Without a defensible rationale to do so, the Dept. believes it would be an injustice to continue this suit,” an assistant DA wrote in an email.

So on Jan. 26, the whole family waited at their house for their oldest daughter, Eliana, to return from school. Normally when she gets dropped off at the curb, Eliana cuts through the grass toward the front door. That day, for some reason, she ran all the way along the driveway and into her mother’s arms.

“It was this real homecoming. She was all excited,” Zahava Edery said.

https://www.houstonchronicle.com/news/houston-texas/texas/article/dallas-couple-wrongly-accused-cps-gets-kid-back-16832248.php    Also, courtesy of my daughter.

Background: Criteria for diagnosing abusive head trauma (AHT) or "shaken baby syndrome" are not well defined; consequently, these conditions might be diagnosed on failing premises.

Methods: The authors have collected a total of 28 infants, from the US (20) and Norway (8), suspected of having been violently shaken, and their caregivers had been suspected, investigated, prosecuted or convicted of having performed this action. Among 26 symptomatic infants, there were 18 boys (69%) and 8 girls (31%)-mean age 5.1 month, without age difference between genders.

Conclusions: BEH with subdural haematomas/hygromas in infants may sometimes be misdiagnosed as abusive head trauma. Based on the authors' experience and findings of the study, the following measures are suggested to avoid this diagnostic pitfall: medical experts in infant abuse cases should be trained in recognising clinical and radiological BEH features, clinicians with neuro-paediatric experience should always be included in the expert teams and reliable information about the head circumference development from birth should always be available.

Posted by Galen Breningstall, MD at 7:29 AM