A teen in the U.K. who was born with a rare genetic disorder that causes facial deformities is hitting back at the production crew behind a dating show titled, “The Undateables.” Ashley Carter, who has worked to combat bullying after suffering years of torment from his peers, said he was “insulted” to receive an email inviting him to join the cast. 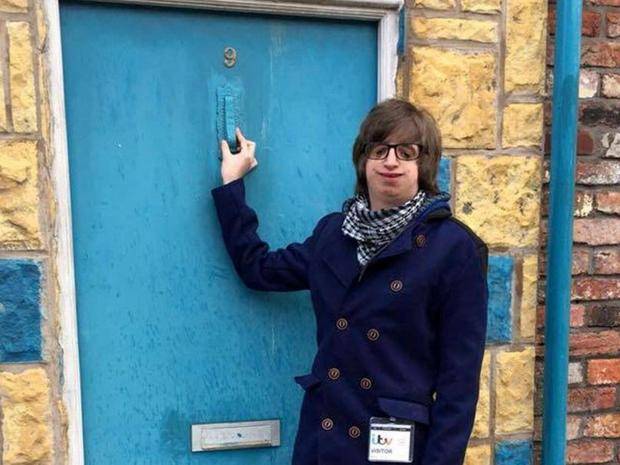 “When I got contacted by the show ‘The Undateables’ through email, I read the email to my mum, Louise,” Carter, 17, told SWNS. “We both felt insulted to have even been approached. Us people who live with conditions/syndromes should not be called ‘undateable.’ We are normal people living an amazing life.”

Carter, who has Treacher Collins syndrome, has appeared on several talk shows in the U.K. to share his story and experiences. The syndrome affects the development of bones and other tissues of the face, with symptoms ranging from unnoticeable to severe, and can be potentially life-threatening for infants. According to a program description, “The Undateables” is a documentary series that follows people with challenging conditions who are looking for love. Critics say it perpetuates stereotypes about people with disabilities.

“As an influential figure with a public presence, I’m sure your story will have reached out to others living with similar conditions, some of whom may be single,” the email to Carter allegedly said. “I was hoping you might be able to help us spread the word that we are looking for people who want to find love and possibly take part in our new series of the show.”

Carter said he responded immediately and, in part, pointed out that “I’m not here to go on TV to find love. I don’t like it when people find love for me. Just because we have conditions or syndromes, we should not be called ‘Undateable’ – I am very insulted by this.”

Carter said he received a second email in response to his criticism, which allegedly tried to explain the meaning of the show’s title.

“The title is designed to reflect how some individuals view people with disabilities and conditions and how this can sometimes affect relationships, something we believe the program challenges in a very positive way,” the email allegedly said. “By featuring people with a wide variety of conditions and disabilities, including those which are less well known, we are able to inform and educate viewers. We fell the show has gone a long way in changing people’s perceptions.”

Carter did not indicate if he would send another response.