The world's first human head transplant has been carried out on a corpse in China - by scientists who say they are now ready to do it on a live patient.

Pioneering of the controversial procedure is being spearheaded by scientist Serio Canavero - who claims it will save the lives of terminally-ill patients.

Professor Canavero has previously been accused of 'going against God'. 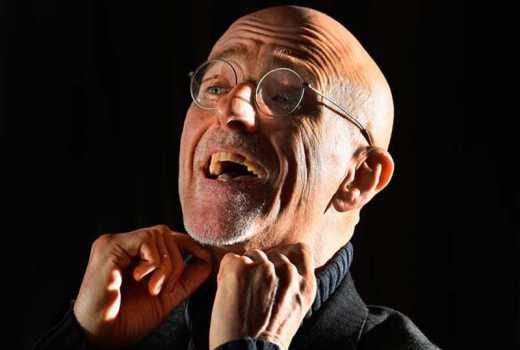 A Russian man, Valery Spiridinov, has already agreed to the the first patient ALIVE to undergo surgery - and get his head frozen and grafted onto a donor's body.

Canavero told a news conference in Vienna, The Telegraph reports: "The first human transplant on human cadavers has been done. A full head swap between brain dead organ donors is the next stage.

"And that is the final step for the formal head transplant for a medical condition which is imminent."

The operation was led by Dr Xiaoping Ren, a surgeon who has already performed a head transplant on a monkey.

Spiridonov has admitted that the prospect of going through with the operation is terrifying but added: "I am afraid, but what people don't really understand is I don't really have many choices.

"If I don't try this out my fate will be very sad. With every year my situation is getting worse."

A sufferer of the rare genetic Werdnig-Hoffman disease, Spiridonov, from the western Russian city of Vladimir, said that while he realised there were substantial risks he was prepared to sacrifice his life for science in the hope that enough would be learned to help future full body transplant patients.


He said: "I wouldn't want to have my head transplanted onto the body of a woman. When I wake up I still want to be a man."

Appearing on Good Morning Britain last year, Professor Canavero said: "We all agree that 90% is the chances that Valery will survive the operation.”There is a plan. We will do the surgery on brain-dead donors first."

When Dr Hilary Jones said he feared the patient could reject the head, the Italian surgeon responded: "This doctor doesn't know what he's talking about. It's going to work."