Based on CDC's recommended definition for AHT for public health surveillance,  the rates of fatal AHT remained relatively stable during 1999–2009, followed by a significant decline during 2009–2014. The fatal AHT rates in 2013 and 2014 (0.41 and 0.43 per 100,000 children aged <5 years, respectively) were the lowest rates reported during the 16-year study period. This is the first documentation of a decline in AHT rates after 2009. These encouraging results are consistent with downward trends in other indices of child maltreatment and data systems, such as the recent analysis by the Children's Bureau of the National Data Archive on Child Abuse and Neglect, which found that the number of children experiencing maltreatment decreased 3.8 percent during 2009–2013.

Examining both definite or presumptive and probable fatal AHT cases illustrates that although definite or presumptive cases declined, probable cases did not increase, suggesting that the observed decline in definite or presumptive cases does not represent a change in case classification. In addition, data on fatal assault-related TBI (with and exclusive of AHT) similarly illustrate that classification of cases did not change over time from AHT to assault-related TBI exclusive of AHT. Sensitivity of clinical ascertainment of signs and symptoms associated with AHT might have systematically decreased or the coding of death data might have systematically changed over time. However, the nearly consistent annual number of injury-related death records listing an AHT-related cause code and constant annual rates of assault-related TBI exclusive of AHT during 2009–2014 suggest that such systematic changes are unlikely…

Fatal abusive head trauma, like all forms of child maltreatment, is preventable. An important step in the prevention of AHT and child maltreatment is the ongoing, systematic collection of data that help guide and monitor prevention approaches. Using CDC's uniform definitions of AHT and child maltreatment are important steps in strengthening surveillance. Data collected from surveillance systems, in combination with information on the implementation and results of interventions and policies, can help shape continuing public health efforts to prevent AHT.

Although the decrease in fatal AHT during 2009–2014 is encouraging, additional efforts are needed to prevent AHT. Prevention of child maltreatment requires understanding and addressing behavioral and environmental characteristics that increase and reduce the risk for child maltreatment. There is growing evidence that child maltreatment prevention strategies, such as those that change interactions, including those between parents and children, parents and other caregivers, and parents and health care providers are effective interventions. 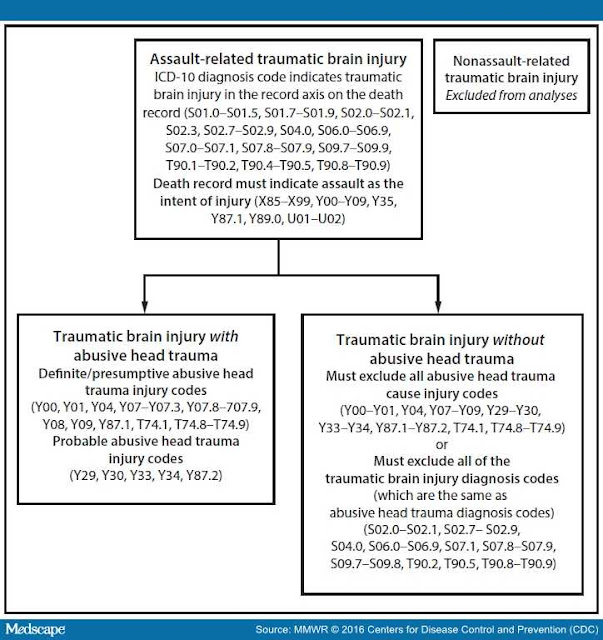 What is already known about this topic?

In the United States, abusive head trauma (AHT) is one of the leading causes of child maltreatment fatalities, accounting for approximately one third of these deaths. CDC developed a formal case definition for fatal AHT to facilitate consistent tracking over time and evaluation of interventions focused on prevention.

What is added by this report?

What are the implications for public health practice?

Communities can use evidence-based approaches, such as family-based interventions, and CDC’s Essentials for Childhood Framework: Steps to Create Safe, Stable, Nurturing Relationships and Environments for All Children and Preventing Child Abuse and Neglect: A Technical Package for Policy, Norm and Programmatic Activities to promote safe, stable, nurturing relationships and environments for children. Ongoing surveillance for AHT, in combination with information on the implementation and results of interventions and policies, can help shape prevention.