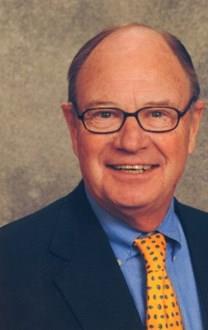 Steve Smith was a perfectionist.  He performed and interpreted muscle and nerve biopsies and performed and interpreted electron microscopy on the specimens obtained with consummate skill and exactitude.  He was my faculty mentor during my pediatric neurology fellowship at the University of Minnesota 1981-1984.  Steve taught me these skills.  Unfortunately, his perfection could apparently not be taught.

Steve was a superlative clinician.  His focus of interest was in neuromuscular disease.  He was an astute observer and analyst.  Steve was quite easy going and personable.  Many neuromuscular patients and their families attest to how he addressed their anxieties and was able to give them strength to persevere. Steve had a ready smile and he was very affable with his colleagues.

Steve was active in his practice until he was taken from us by surprise.  In the realm of neuromuscular disease, he stood very tall in Minnesota.