Thirty-seven-year-old Michael Goodman is a successful pediatrician from Indianapolis, Indiana. On November 8, 2017, he wrote an emotional and personal Facebook post about living with Treacher Collins Syndrome.

According to Genetics Home Reference, Treacher Collins Syndrome affects the development of facial bones and tissue and affects 1 in 50,000 people.

Michael decided to share his story in conjunction with the movie Wonder, which hits theaters November 17, 2017. The film is based on the 2012 novel of the same name. The story follows 10-year-old Auggie who also has Treacher Collins Syndrome.

Michael called his post his “Wonder Story” and it has been shared more than 1,200 times with over 300 comments and 2,800 reactions.


In his post, Michael reveals that he’s had a family refuse to have their child treated by him due to his appearance and his speech. Strangers, colleagues, and friends flooded his comments with an outpouring of love and support. 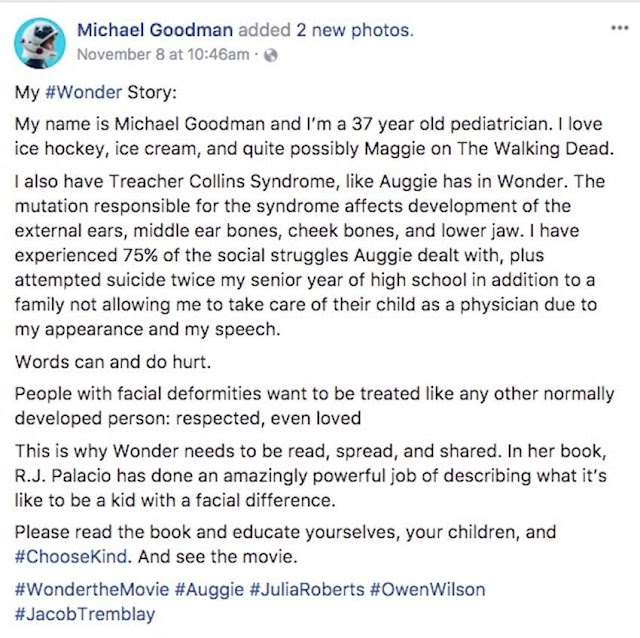 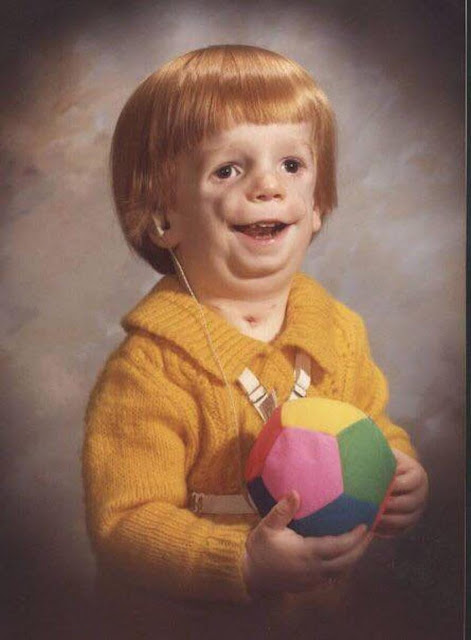 Posted by Galen Breningstall, MD at 10:22 AM